Takiko (瀧子 – waterfall) is my first life-sized doll, purchased to be a photo model. Due to my contract at work, I’m about to have to few months off starting at the end of the year. Normally, I’d travel, go hiking and camping, and do lots of landscape and astrophotography. This year, well, you know. I decided to set up a small studio and use dolls as my models for fashion and cosplay photography. Pretty excited about the possibilities, even though I still have much to learn in regards to makeup, hair, and clothing (I foresee buying a sewing machine in my future as well). All in all, I’m pretty amazed and pleased. Even though she just arrived today, she has given me plenty to think about, some of which I’ve written down below. 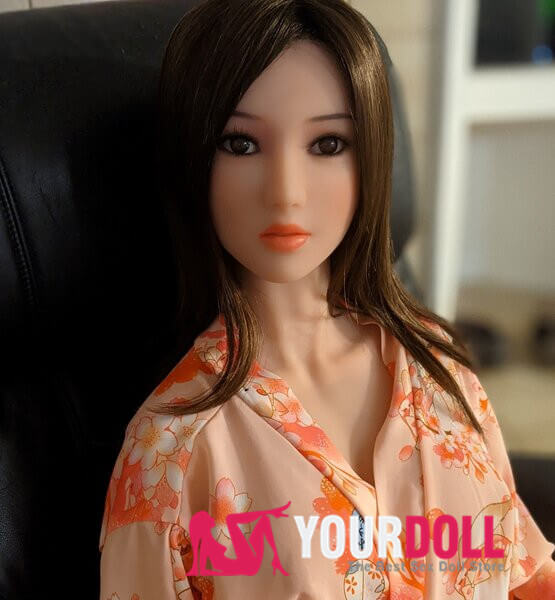 Shipping
I’m pretty sure that everyone that has ordered a doll has felt the same kind of nervousness during unboxing. Cost aside, having to deal with returns would have been a pain in the ass. Upon opening the box, I noticed that the neck was bent forward and the back was arched, which had me pretty worried. The box itself didn’t have any markings to indicate proper vertical orientation (horizontal markings were present), so I’m assuming that she spent some time upside down during transit. Luckily, any damage seems to be pretty minor – slight flattening in one thumb, tender area at the small of her back. Whew…don’t scare me like that.

Standing
Hey, standing is difficult for all of us. It takes babies a long time to learn how to stand and dolls are a bit disadvantaged in this respect due to their anatomy. Which explains why most of the pictures I’ve seen have dolls slightly leaning against something for support. I had already learned this from my mini doll (who can stand, but only with bad posture) and have some ideas on how to get around this limitation for photo shoots. It would be nice to see some upgrades in the toe department to help aid in balance. Aside from her big toes that do have wires in them (but still useless for balance), all of her other toes are floppy little things. I wasn’t really thinking of photographing her feet, so not a huge loss there. 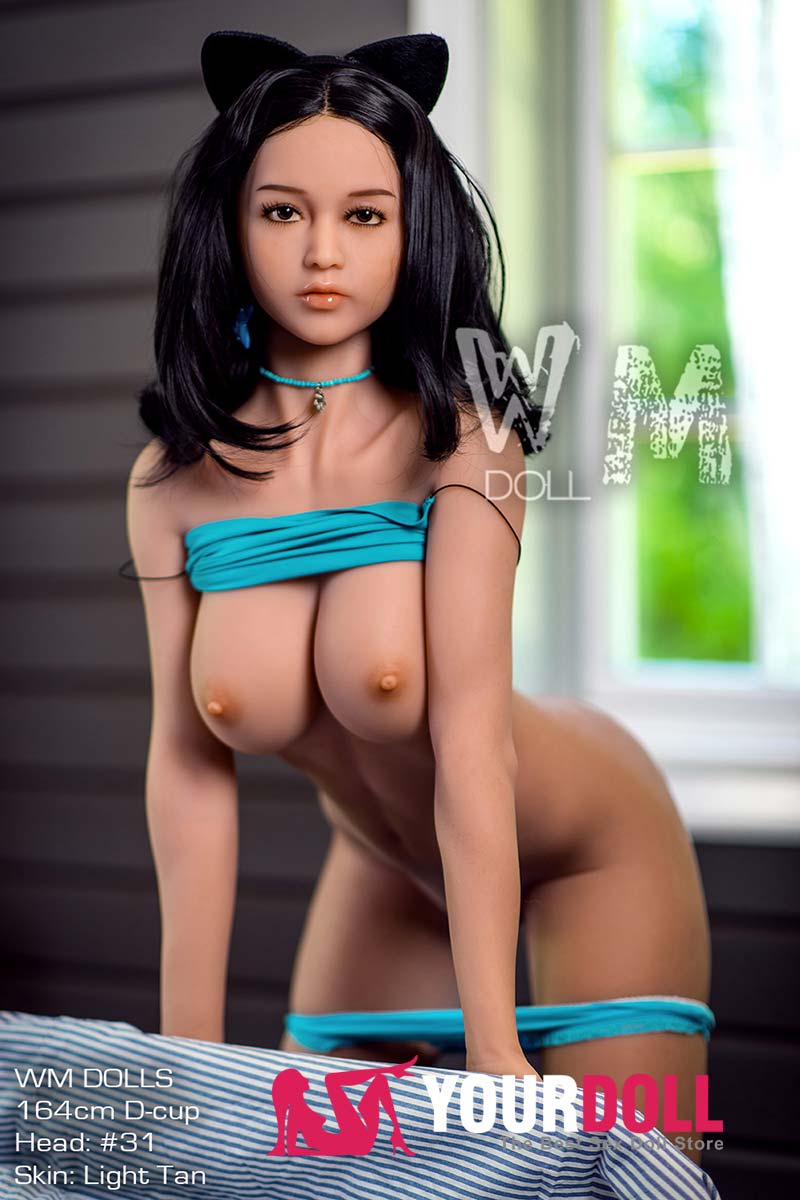 Gel Breasts
I’m extremely impressed by her breasts (which sounds hilarious in my head). One of my bigger worries was around her breasts being too hard and not conforming nicely to clothing, but the gel breasts are very pliant. Her nipples, on the other hand, might cause some issues, but a little cotton padding should work well enough to make sure they are not standing at attention when that’s not the desired look.

Skin Tone & Body Painting
Skin tone was one of those other big worries as a first time buyer. I specified light tan (was worried tan might be too dark judging from promo pictures), but comparing her skin tone in real life against promo pictures, the difference is pretty large. With that said, I find her skin tone to be quite beautiful and natural, so I’m not displeased by this at all. I’m pretty sure that I’ll get a second WM Doll in the future (172D in tan most likely), so I might end up visiting a showroom at some point just so that I can have a clear idea of how everything looks in person.

I also opted for the realistic body painting option, and it looks pretty great in real life. The factory photos simply can’t convey the nice subtleties that have been painted on. It was pretty surprising to even see that they had painted very faint veins, which does a great job of enhancing the realism. 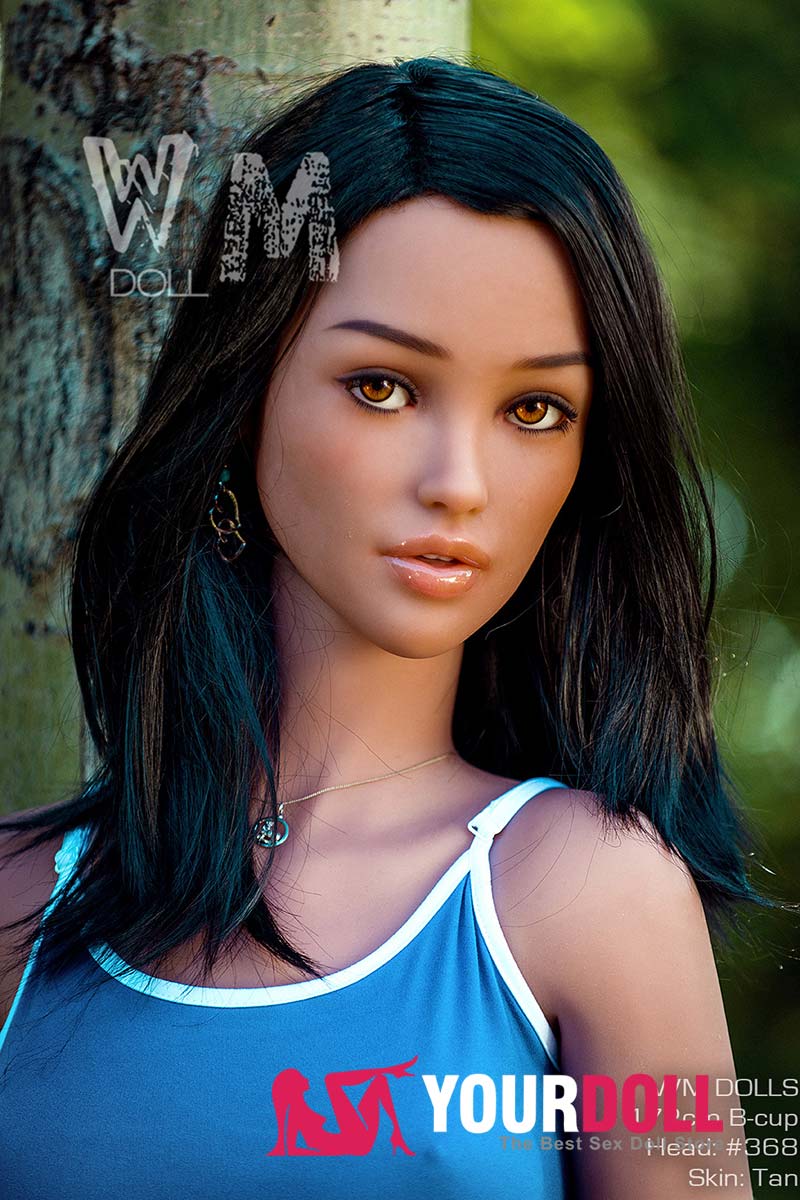 Weight
My my, aren’t you a heavy girl! I had bought a mini doll this past summer just to get a better understanding of how dolls looked and posed, but I was totally unprepared for how much heavier Takiko is (35kg vs 18kg). A lot of this has to do with the unnwieldiness of a dead weight human body along with wanting to be extremely careful with her (white glove treatment!), but the weight is going to be something that I’m going to have to get used to. Exercise is probably a good idea as well.

Posing and dressing will also be a challenge due to her weight and balance issues. I think I might get a free-standing pull up bar and some soft straps to keep her well in place while adjusting her wardrobe and working on poses.

Head(s)
Upon seeing the “Minnie” head on YourDoll, I knew that I’d absolutely love to photograph her. This head and the S30 Sino Doll head really resonated with me, and I immediately began thinking about both personalities and a myriad of ideas for photo shoots. Since there was a sale, I also ended up getting the #334 head, so Takiko is going to end up with a split personality (I’m calling her #334 head “Cleopatra”). I have had a little bit of trouble adjusting the head on the body, as I’m not sure if I’m supposed to screw it all the way down or leave it a little bit free. At some point while screwing on the head, the neck starts to twist around – maybe I need to push the neck down a bit while screwing. I think a better connection system between head and body might be a good idea. 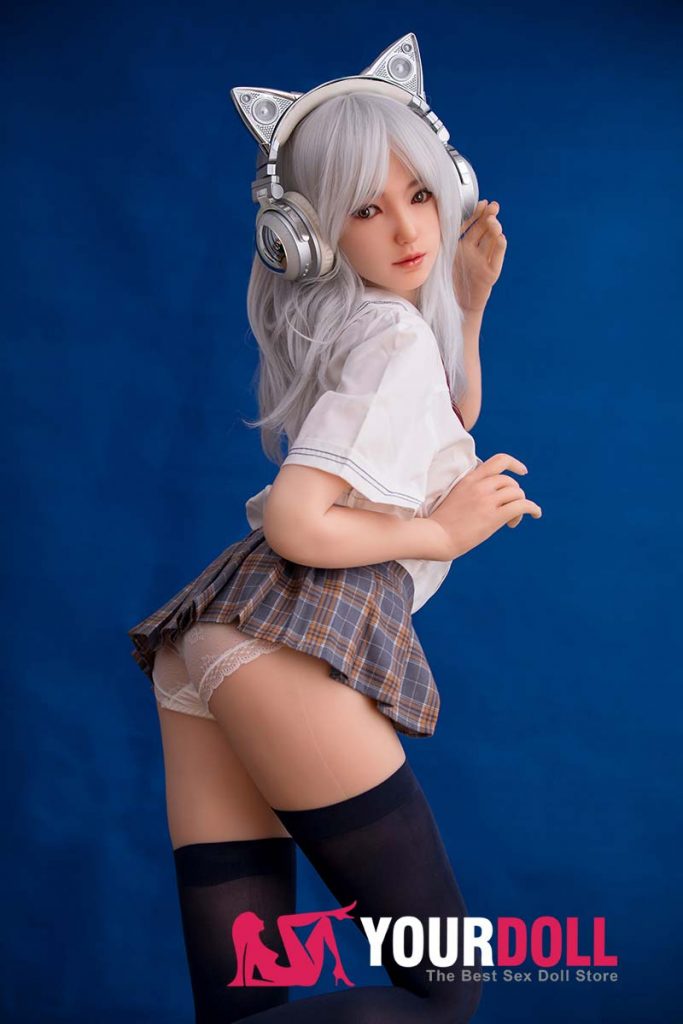 Wigs
Throw the wigs away, seriously (or keep them just as temps). Good wigs can be expensive, which is why these dolls don’t come with good wigs. I’m not going to fault the manufacturers for the quality of the wigs provided, but I highly recommend doing a bit of wig shopping. I had already purchased a couple of synthetic hair wigs before Takiko arrived and am planning on buying more. Eventually, I’ll probably even throw down even more money for some human hair wigs.

Eyes
That infinite stare into oblivion is perhaps the main thing that draws me back from mistaking Takiko for someone alive. This is one of the big disadvantages in using a doll in place of a living model as a photgraphic subject. The eyes provided are of decent quality, but I’ve already placed an order for some custom eyes and am going to try and use a laser to make sure I have her eyes properly focused where I want them to be during photo shoots.

That’s it for now, thanks for reading. To be honest, I could probably keep writing for hours, but want to keep posts relatively digestible. I’ll start updating this thread with photos and any further thoughts in the future. I’m still waiting on some backordered light stands, so it might take a while. In the meantime, I’ll spend some time getting to know Takiko a little better and planning out shoots.

***This review is posted on The Doll Forum by Yourdoll’s customer – Randomshock. We get authorized to post on Yourdoll.com. To view the original post, please click here. ***

One thought on “Introducing My Doll Takiko| WM Doll Review”